Premiere and After Effects Training

Jarle Leirpoll offers basic, intermediate and advanced training for Adobe Premiere Pro and After Effects, and travels all around the world. Being a Premiere Pro Master Instructor Trainer, he has trained editors at major broadcasters like BBC and Disney Channel (UK), TV4 (Sweden), NRK , Monster and Seefood (Norway). Valve Media Oy and Aito Media Oy (Finland) and DR (Denmark). Jarle has even done Premiere Pro training for Adobe’s own employees!

He also does lots of training for other production companies (ScanPix and Strix among many others) and basic courses in Video Production, Camera Techniques and Editing for those who are just about to start creating videos on their web pages.

Jarle has been a test pilot for Adobe’s video software for years, and works closely with the Premiere Pro team. So he has a vast knowledge of Premiere Pro and After Effects – but he has also edited on FCP and Avid, and knows the differences between those NLEs and Premiere. He has been teaching at Norwegian universities and university colleges for almost three decades, has worked 14 years at NRK (Norwegian Broadcasting Corporation) and now runs his own video production company. He is also the author of The Cool Stuff in Premiere Pro. This rather unique background makes him a great training provider.

Below is a taste of what you can expect to learn from Jarle. But if you have other needs, don’t hesitate to send him an e-mail to get a custom made course. Jarle also offers workshops, like this one: Create a Motion Graphics package for your company. 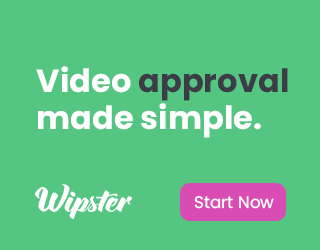 Buy the beginner's book on Premiere Pro written by Maxim Jago. Jarle was the Tech Editor for this book.

Your cart is empty

The Cool Stuff in Premiere Pro